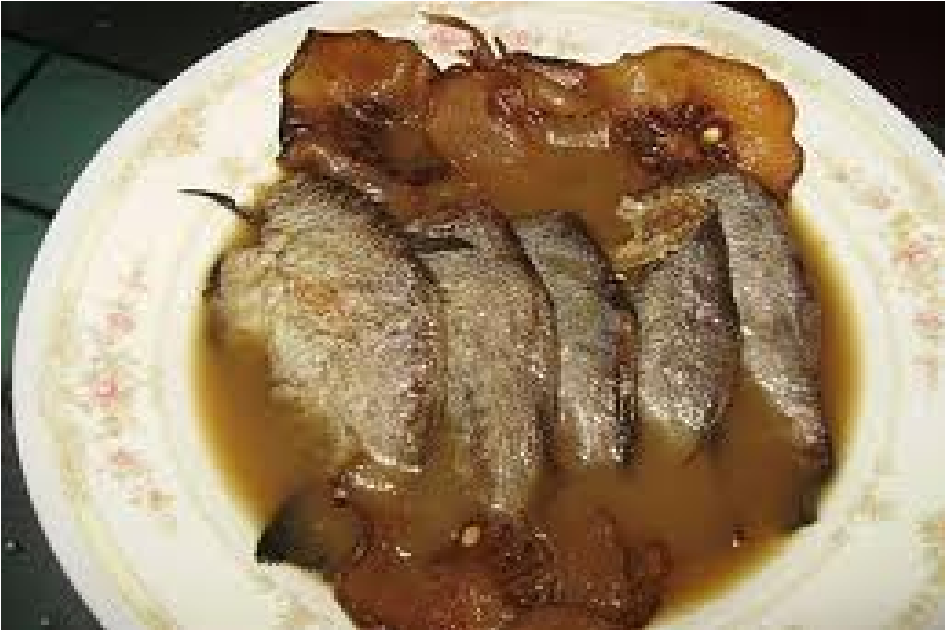 Wadi is a cuisine made from fish or pork. Wadi can be called as "rotted food". Before it is saved, the fish or pork will be covered with spices made of beras ketan putih or corn grains which are roasted until browned, then it will be crushed manually or blended. In Dayak Maanyan Language, the spices are called Sa'mu and in Dayak Ngaju Language, they are called Kenta. The processes are: firstly, the fish or pork are cleaned. Then, it is soaked for 5-10 hours in salt water. Next, the pork or fish are taken out and let it dry. After dry, the fish or pork are mixed with Sa'mu. Later, it is saved in glass box, jar, or airtight plastic which is sealed tightly. Save it for 3-5 days. For pork, it is suggested to be saved more than one week. After being saved, Wadi cannot be eaten directly but must be processed again such as being fried or being cooked. Although it seems easy to be done, if there is a little mistake in putting the spices and soaking, it will make the Wadi cannot be eaten or is not tasty. Therefore, only certain people who have the ability to make delicious Wadi.