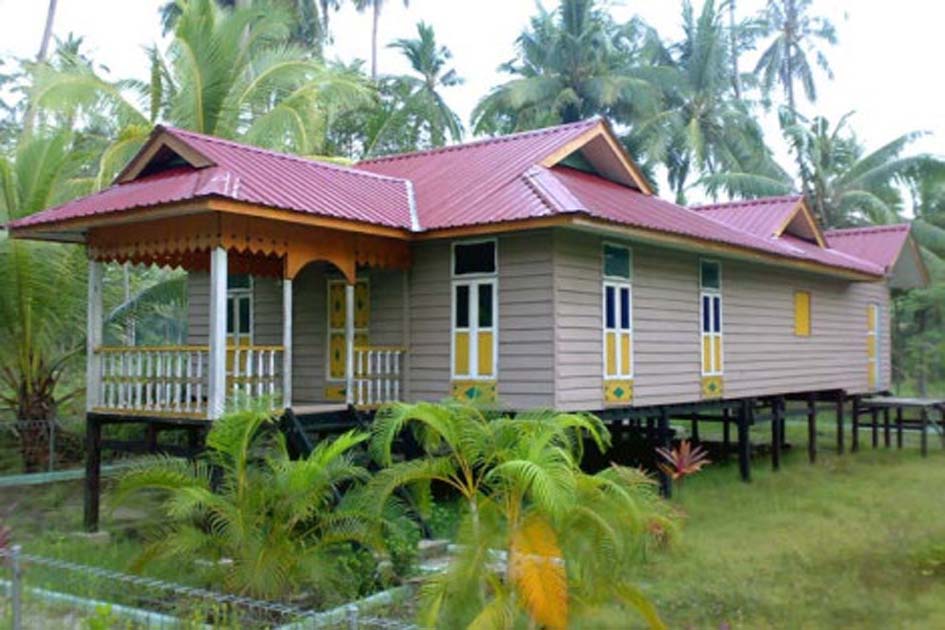 One of the places to stay of Riau people is Belah Bubung house. This house is known as Rabung House or Bumbung Malay House. The name of Belah Bubung house was given by Malay people because the roof of the house was split in. It is called as Rabung house because the roof is made of perabung. While, the name of Bubung Malay House was given by the foreigner, especially the Chinese and Dutchman because the shape was different with their own house, that was Kelenting house and Limas house.