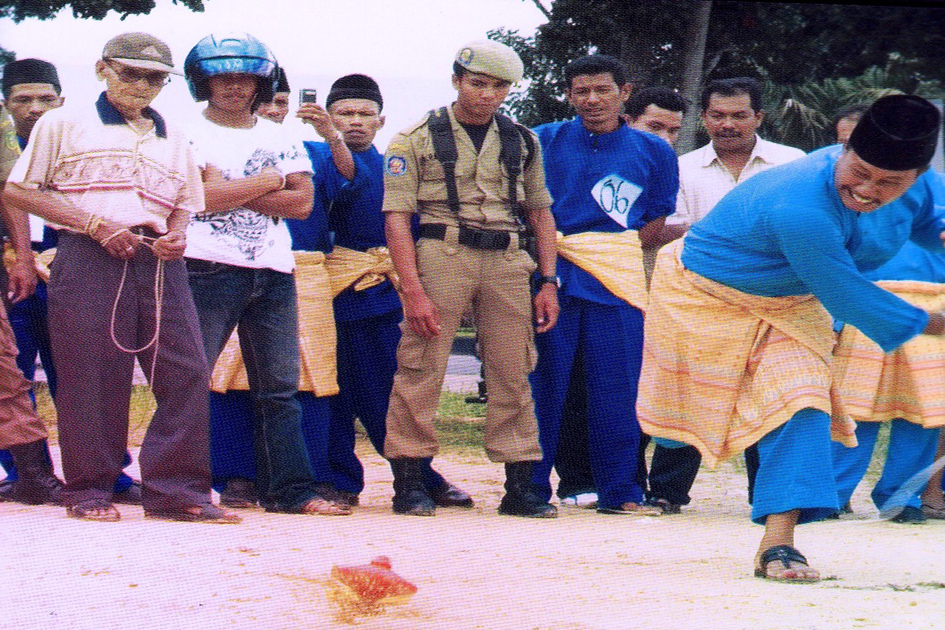 Gasing is a traditional game of Malay people Riau which up to now it still exists even though modernization influence keeps going on. Generally, gasing is made of hard wood with the shape of round, oval, flat, cone, cylinder, etc that are the characteristics of the regions where they are made. Gasing has various size consists of head part, body part, and leg part. Gasing is played with long rope and the rope is rolled up in round wood. The bottom part of gasing is sharp and there is valve in the top part. In order to spin fast, Gasing should be thrown strongly to the ground. The rules of this game depend on the player. For the children, it is usually used long lasting system where Gasing which spins for a long time will come up as the winner. Meanwhile, in the adult, Gasing will be competed.