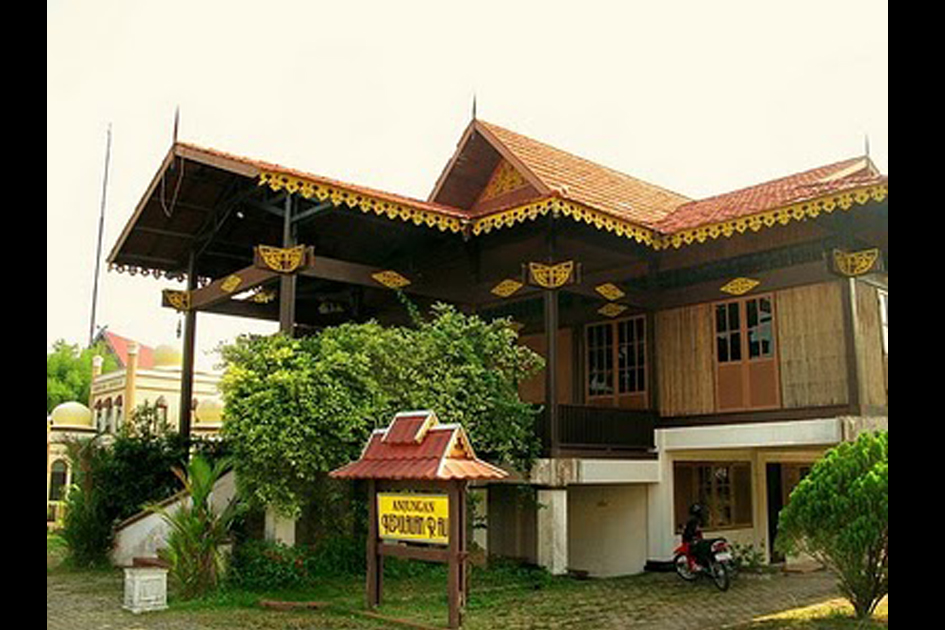 Balai salaso jatuh is a building like a traditional house. However, the function is not to stay but to discuss or as a meeting place traditionally. According to the function, this building has many kinds of names such as Balairung Sari, Balai Penobatan, Balai Kerapatan etc. Today, the building is no longer exist in the villages. The discussion place is in the penghulu (local chief) house, while any meeting concerning with religious affairs is done in mosque. Balai Salaso Jatuh has terrace surrounds the Hall which the floor is lower than central room, thus it is called Salaso Jatuh. The all buildings both traditional house and traditional hall are given decoration especially in the form of carving. The roof top is always decorates with wood decoration which sticks up crossing and usually this decoration is given carving called as Salembayung or Sulobuyung that means admission toward the God Al-mighty.