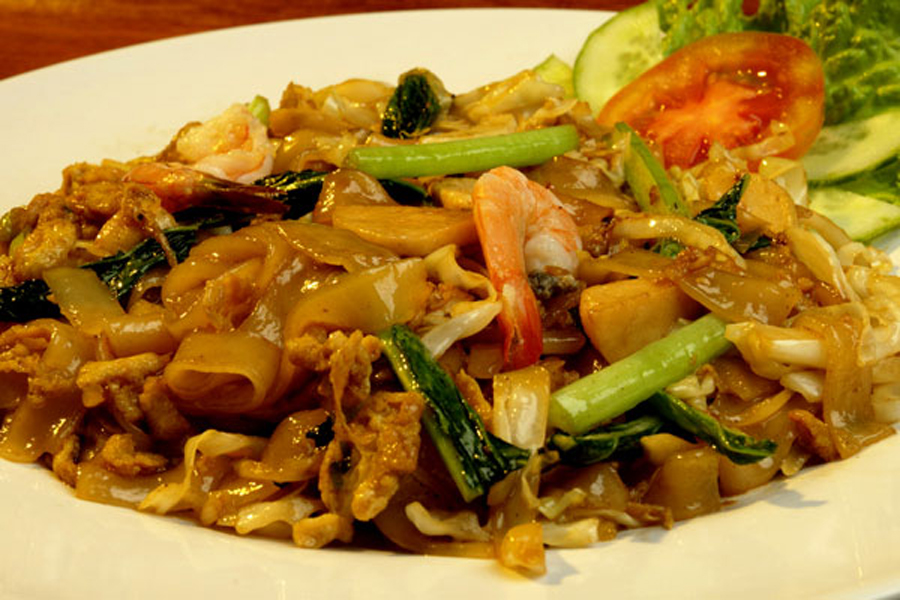 Kwetiau is one kind of Tionghoa white noodle made from rice. It can be fried or cooked with gravy. Kwetiau is a popular food in Indonesia, mainly in Jakarta area and other places that are many occupied by Tionghoa descent. Commonly, Kwetiau is identical with Hokkian and Tio Ciu ethnic. In its spread in Indonesia, Hokkian dan Tio Ciu ethnic are different in kwetiau serving. Hokkian ethnic that many settle in Sumatera are famous with kwetiau Medan which uses fish meatball and duck egg. While Tio Ciu ethnic that many settle in Kalimantan are famous with cow kwetiau that uses beef and its offal like stomatch. In its development there is a new variant which is known as flush kwetiau.